There was a record number of 779 entries for the 2022 Write Stuff competition for young writers, organised in conjunction with the Guernsey Literary Festival.

Writers from 24 Bailiwick schools jumped at the chance to use their imaginations to write a 300-word story inspired by detectives or spies in this year’s competition, entitled ‘Top Secret’.

The judges for the competition were four fantastic writers who feature in this year’s Guernsey Literary Festival, Anthony Horowitz, Michael Rosen, Elly Griffiths and Huw Lewis-Jones.

There are four competition classes, Primary (years 3-6), Intermediate (years 7-9) and Senior (years 10+), and a class for special educational needs. The competition is sponsored by Julius Baer and promoted by Guernsey Literary Festival partners including Betley Whitehorne Image, the Guille-Allès Library, Guernsey Arts and Island Families.

Primary class winner this year was Ruby Le Poidevin of St Mary and St Michael for her story Bitter.

Judge Michael Rosen said, ‘I chose this as first because I thought it was the story that had the most ingredients of a mystery thriller or crime story or detective story. It reminded me of a very famous story and film - 'Rebecca'! Sometimes, when writing this kind of story, it's easy to get carried away with one too many adjectives or adverbs but this story, I thought, got the balance exactly right. Everything was described clearly and with suspense. And I loved the mystery at the end...whose bullet? Why? Directed at whom? It was almost as if this story is part of a bigger story that we might all get to read one day...????’

Second and third in the class were Agnes Henderson from Notre Dame (A”Brief” Case) and Sophie Harrison from Melrose (Hedge Jam).

The Intermediate class, for pupils from years 7-9, when to Monty Desforges of St Sampson’s High for his story The Prison Between the Worlds.

Judge Anthony Horowitz was impressed with Monty’s story. ‘I loved the creative imagination of this story – starting with the eye-catching title. “…an island between worlds, encircled by a sea of nothing.” Wow! If this was a film I know what it would say on the poster. “Legends die here”. And that that last line – falling through worlds – would make me want to see it.’

The senior class went to Ladies’ College student Jasmine Morgan for her story A Scandal on the A23.

Judge Elly Griffiths, a crime writer herself, loved the story. ‘In just a few lines the author takes us inside the mind of DI Cooper – her fear, her professionalism, her antipathy to her colleague. The writing is tight and effective, the dialogue is convincing and the ending is genuinely chilling. Terrific writing. The only thing I would change is the title!’

Second and third in the senior class went to Olly Bichard (The Snack of the Night) and Henry Snell (It’s Time), both of Elizabeth College.

The SEND class was won by Toby Lee of Le Rondin for his story Captain Seagull and the Pufferfish and Louis Kent, also of Le Rondin, was highly commended for The Story of the Missing Book.

The judge for this class was Huw Lewis-Jones, who really enjoyed the stories and described Toby’s as ‘Dramatic, fun, and full of empathy come the end. Well done! Captain Seagull can hold his breath for a really long time! He’s truly an incredible underwater seabird detective. Can’t wait to hear about his next adventure. Maybe he will help solve a crime in Guernsey one day? But maybe not…Guernsey is far too nice a place for an unsolvable crime mystery!

The challenge was for young writers was to write an imaginary 300-word story inspired by the Top-Secret theme, which could involve crime, mystery, investigation or a secret mission. Whatever the scenario, the writers had to realize their interesting ideas with imagination, style and emotion.

Filter judges this year included Rachel Wyatt and Adam Bayfield from the Guille-Alles Library, Nick Le Messurier and Catriona Stares of the Guernsey Literary Festival. Ann Wilkes-Green of the Festival supported the schools in the competition.

Prizes will be presented at the WriteStuff Competition Awards Ceremony on Saturday 21 May at 4pm at Princess Royal Centre for the Performing Arts.

Stephen Burt, Branch Manager of sponsors Bank Julius Baer Guernsey, says, ‘We are delighted with the record number of entries in this year’s WriteStuff competition. We value the unique thinking, creativity and ability to communicate which this competition fosters in our young people. I’d also like to pay special tribute to the teachers and helpers who have supported the competition so well. ‘

There is a cash prize of £50 and a trophy for the winner in each category, with £25 cash prizes for second and third places. There is also a £50 cash prize and a certificate for winners of the Special Educational Needs (SEND) class.

Each highly commended winner will receive a £10 book token and a certificate as well as their story published on the website www.writestuff.gg

Anthony Horowitz is one of the most prolific and successful writers in the UK – and is unique for working across so many media - writing books, television, films, plays and journalism. He has written over 50 books including the best-selling teen spy series Alex Rider, which has sold over 21 million copies worldwide, and has now been adapted into a hugely successful television series. His other books for children include The Power of Five and seven books in The Diamond Brothers series with a new adventure, Where Seagulls Dare, being published in 2022. Anthony is also an acclaimed writer for adults. His latest crime novel, A Line to Kill is set in Alderney. In 2014, he was awarded an OBE for his services to literature.

Michael Rosen is a much-loved children’s author and poet who has written over 140 books, including stories, jokes and poetry for all ages, including Michael Rosen’s Book of Nonsense, Little Rabbit Foo Foo and, of course, the unforgettable classic We’re Going on a Bear Hunt. He served as Children’s Laureate from 2007 to 2009 and is a broadcaster and political columnist. He is Professor of Children’s Literature at Goldsmiths, University of London and among his most recent work he has written a moving children’s book entitled Sticky Mc Stickstick, inspired by his experience of Long Covid.

Elly Griffiths is best known for her popular Dr Ruth Galloway Mysteries series of crime novels and has won a Crime Writers’ Association Dagger for her work. She is also the author of the popular Stephens and Mephisto novels which began with the Zig Zag Girl. The 14th novel in her acclaimed and bestselling Dr Ruth Galloway Mystery series is Locked Room due to be published in Feb 2022.

Huw Lewis-Jones, who went to school in Guernsey, is the author of many books including the bestselling The Writer’s Map and Swallowed by a Whale: How to Survive the Writing Life, which included secrets and insights into the writing lives of sixty accomplished authors. He is a professor of Environment and Culture at Falmouth University as well as Expedition Leader of voyages to the North Pole. He now creates books for children too, with his Bad Apple and Blue Badger series, and there’s more to come this year. Huw is a Guest Curator of the Guernsey Literary Festival

1, Jasmine Morgan (Ladies College) A Scandal on the A23

2, Olly Bichard (Elizabeth College) The Snack of the Night 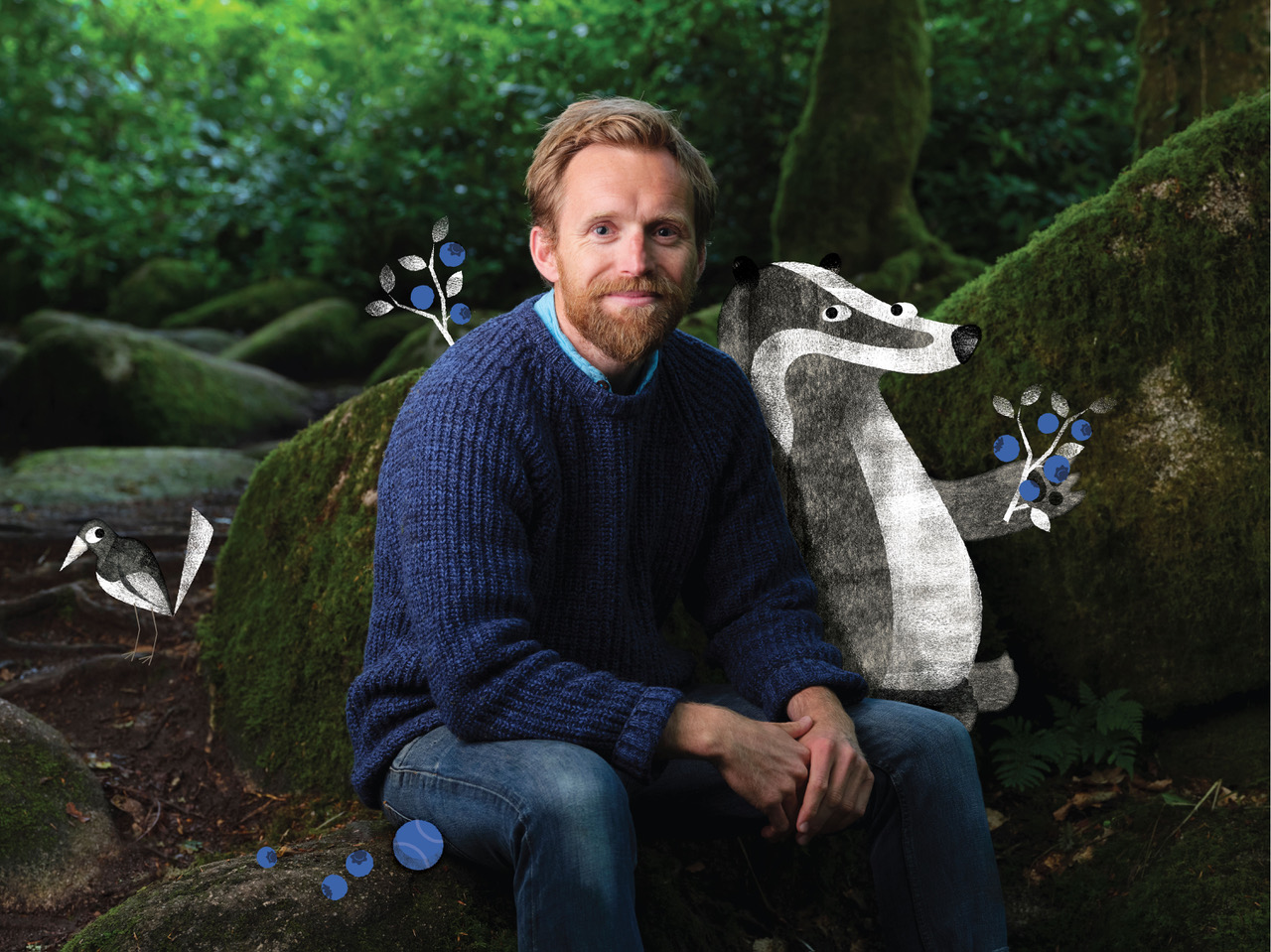 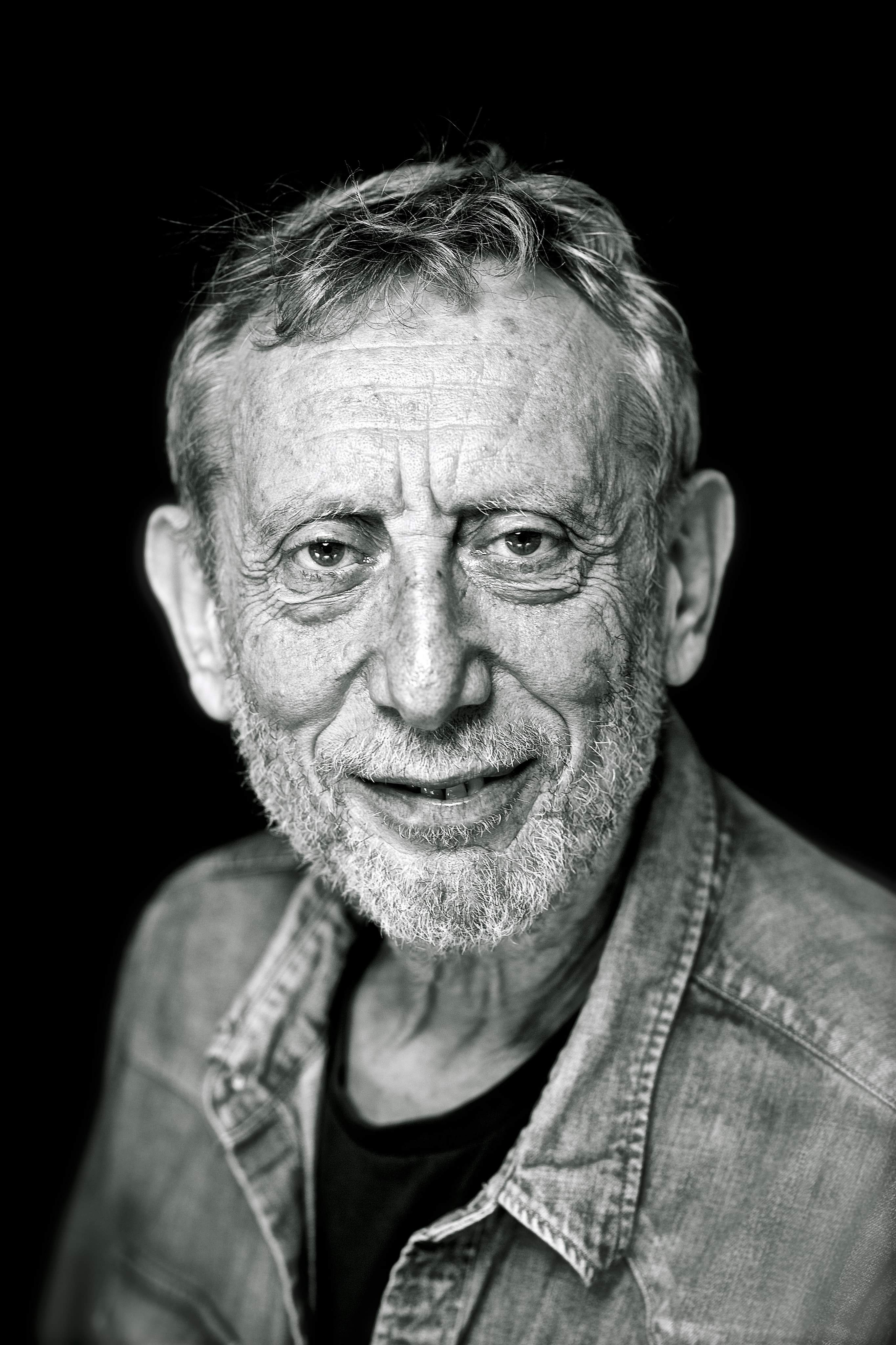 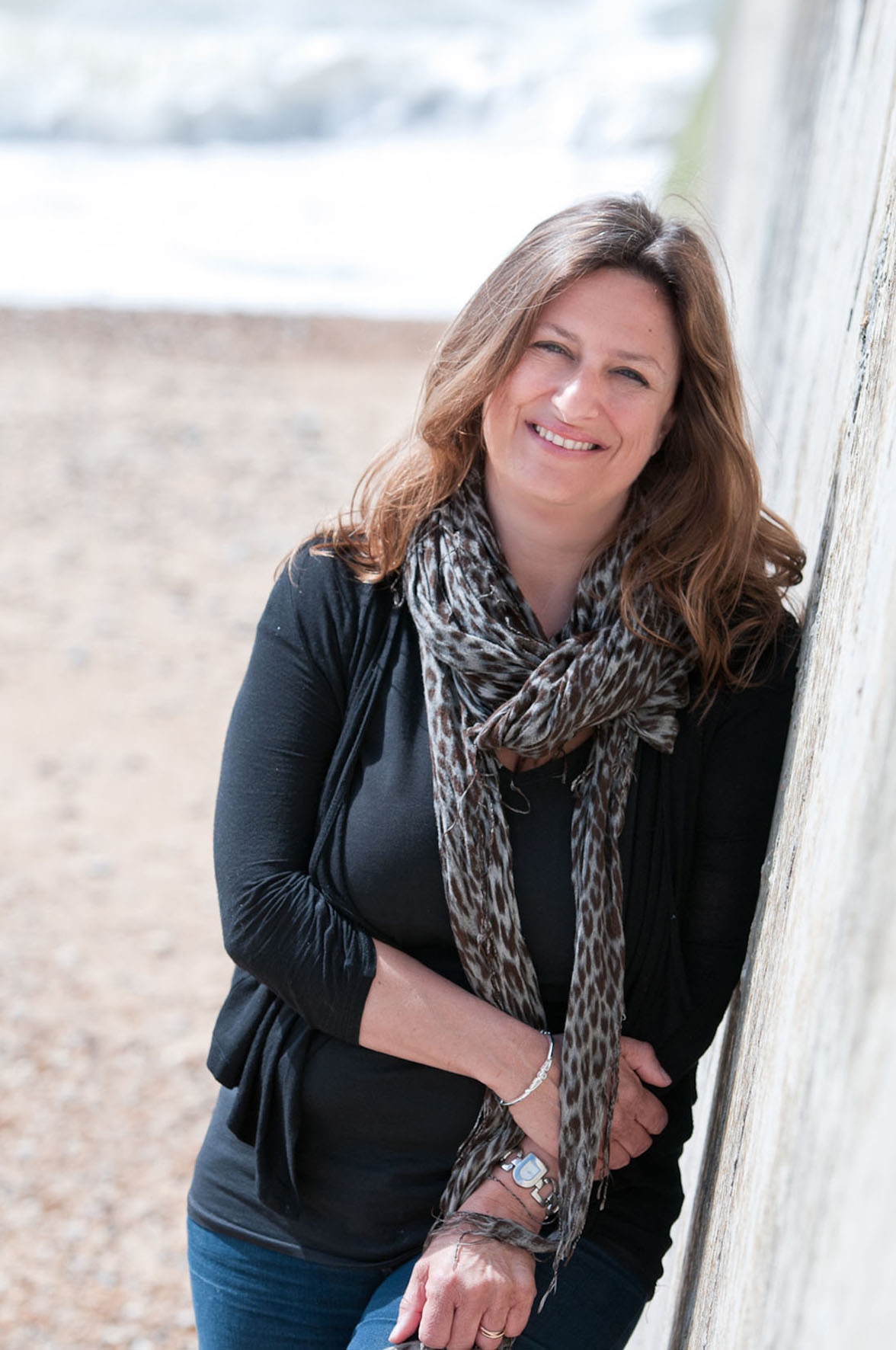 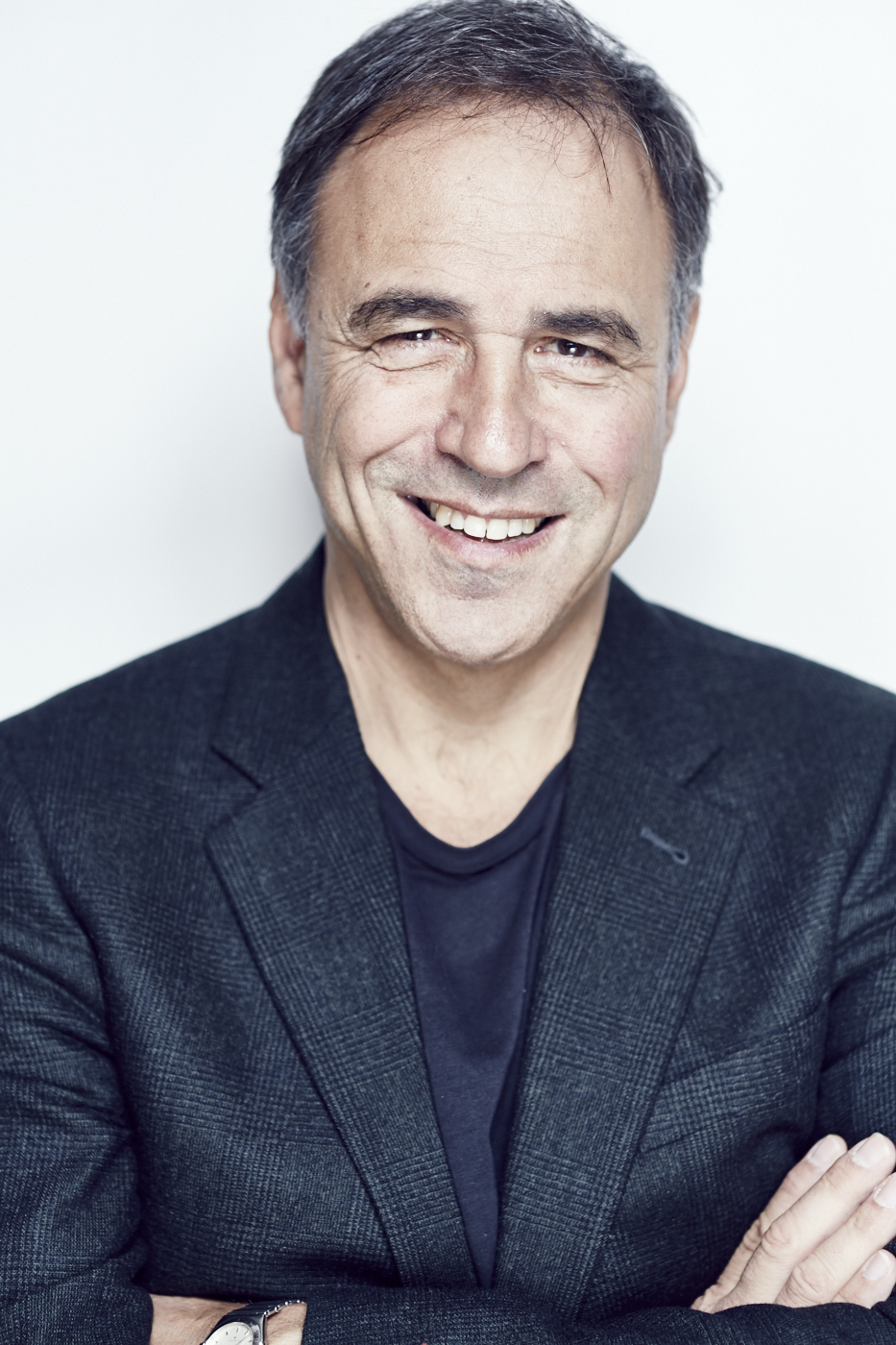