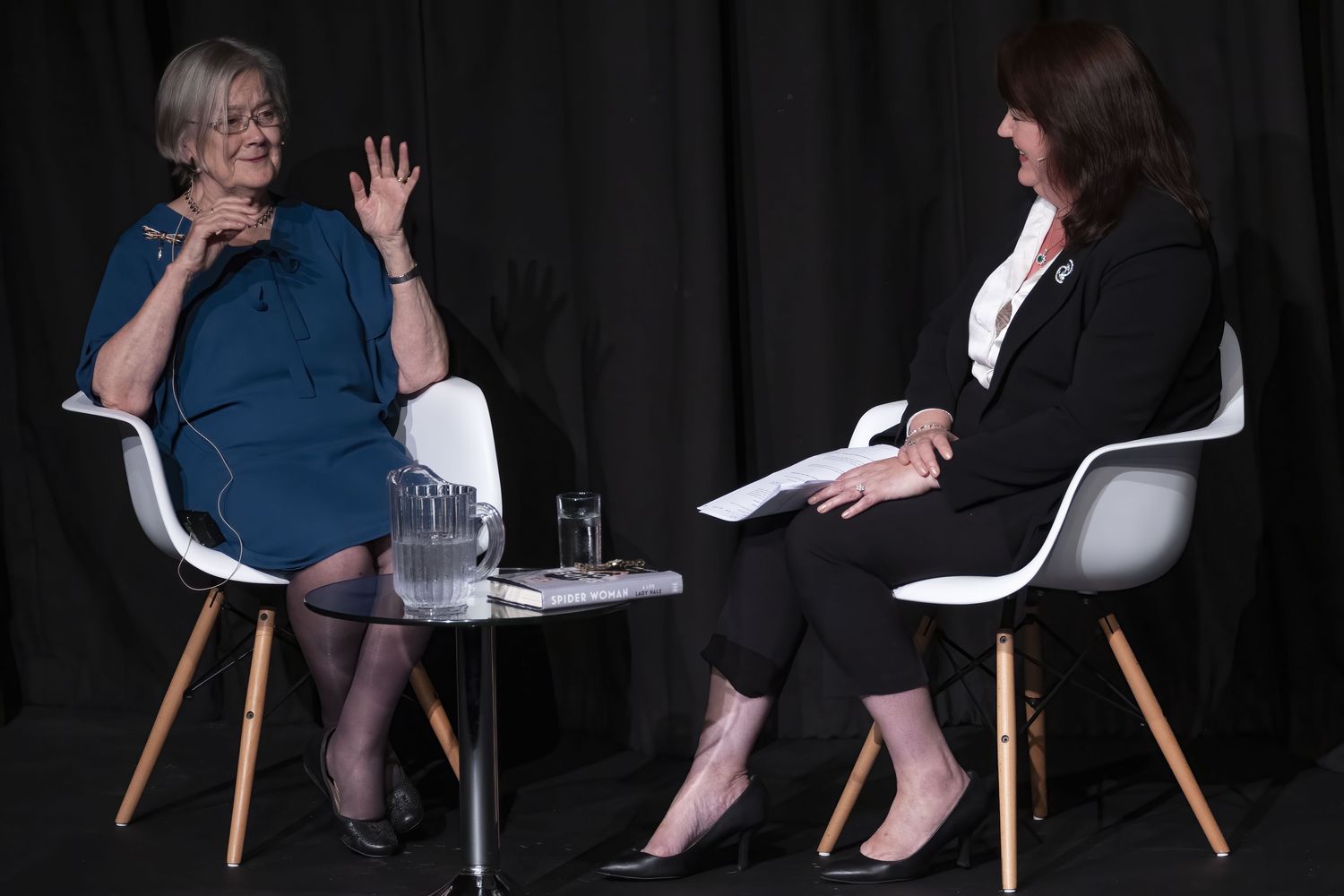 The 2022 Guernsey Literary Festival, which ended on Sunday, had no fewer than 8000 attendees, 5000 at ticketed events and 3000 in schools as part of the Festival’s extensive education programme.

‘It’s been brilliant,’ says festival director Claire Allen. ‘We lost the 2020 event at the last minute because of covid and last year we had to hold a smaller virtual festival and it’s so wonderful to get back to a full live festival with a host of visiting speakers. It had a real buzz this year.

‘The Festival takes a huge amount of planning and organisation and it’s all done by volunteers. I can’t praise them enough. I’d also like to thank our sponsors who’ve kept such faith with us over the last two years.’

‘I also think that the Festival is good for Guernsey. We have people who come to the island specifically at Festival time, and our visiting writers carry away with them the knowledge that the island is a beautiful place and local audiences are great. I think we’ve a reputation for looking after our speakers well.’

This year, the Festival started in May, but last week saw the biggest concentration of events – in all, there were 70 events organised, involving 49 writers and speakers, mostly from the UK but also from Ireland, the US and the Channel Islands.

Patrick Foster, author of Might Bite, which delves into his own gambling addiction, spoke highly of his experience with the festival and everyone involved.

‘If anyone has a chance to visit the Guernsey Literary Festival, I could not recommend it more highly,’ he said.

‘Well done to everyone involved, and thank you for arranging a session at the Guernsey Grammar School. If my story has helped one person out, it was worth it.’

Other events included an Ebenezer Le Page exhibition of artworks by Charlie Buchanan, a workshop in the prison and free children’s events at the Guille Alles Library as part of the GLF’s community programme. There were 15 talks in local schools.

The 2022 Festival has been particularly strong in its events for local writers, such as Ben Hinshaw, Jacquie Bloese, Jenny O’Brien, Tish Delaney, Jilly Chadwick, Jason Monaghan and Frances Russell.

The Festival still has two major events later in the year. Wild swimmer Kate Rew is coming in September and Yorkshire shepherdess Amanda Owen is coming in October. Amanda’s event has already sold out.

The Guernsey Literary Festival also organises two competitions, the WriteStuff for local schoolchildren, which attracted 779 entries this year, and the Guernsey International Poetry Competition, which this year attracted 2000 entries from across the world.

Terry Waite outlines his support for the Guernsey Literary Festival

"As Honorary Chairman of the Guernsey Literary Festival it has been a real pleasure to return to the island again after a two-year break because of Covid. It was impressive to see what a remarkable job the organisers had done in organising this year’s festival. There were over seventy events - all well attended with good book sales. There is little doubt that the arts play a vital role not simply in bringing more visitors to the island but also in enabling the community to enjoy a balanced and healthy life. Where the arts are undervalued communities are impoverished. I’ve long been a believer that good language as represented in literature, and good music have the capacity to breathe harmony into the soul. In a world sadly divided by conflict and the possibility of ecological disaster harmony between people and the environment is vital. The Guernsey Literary Festival is going from strength to strength and is playing a vital role in the cultural life of the island. I’m convinced it’s well on its way to becoming one of the leading events of its kind in the United Kingdom. I look forward to returning to an even greater festival in Guernsey next year."