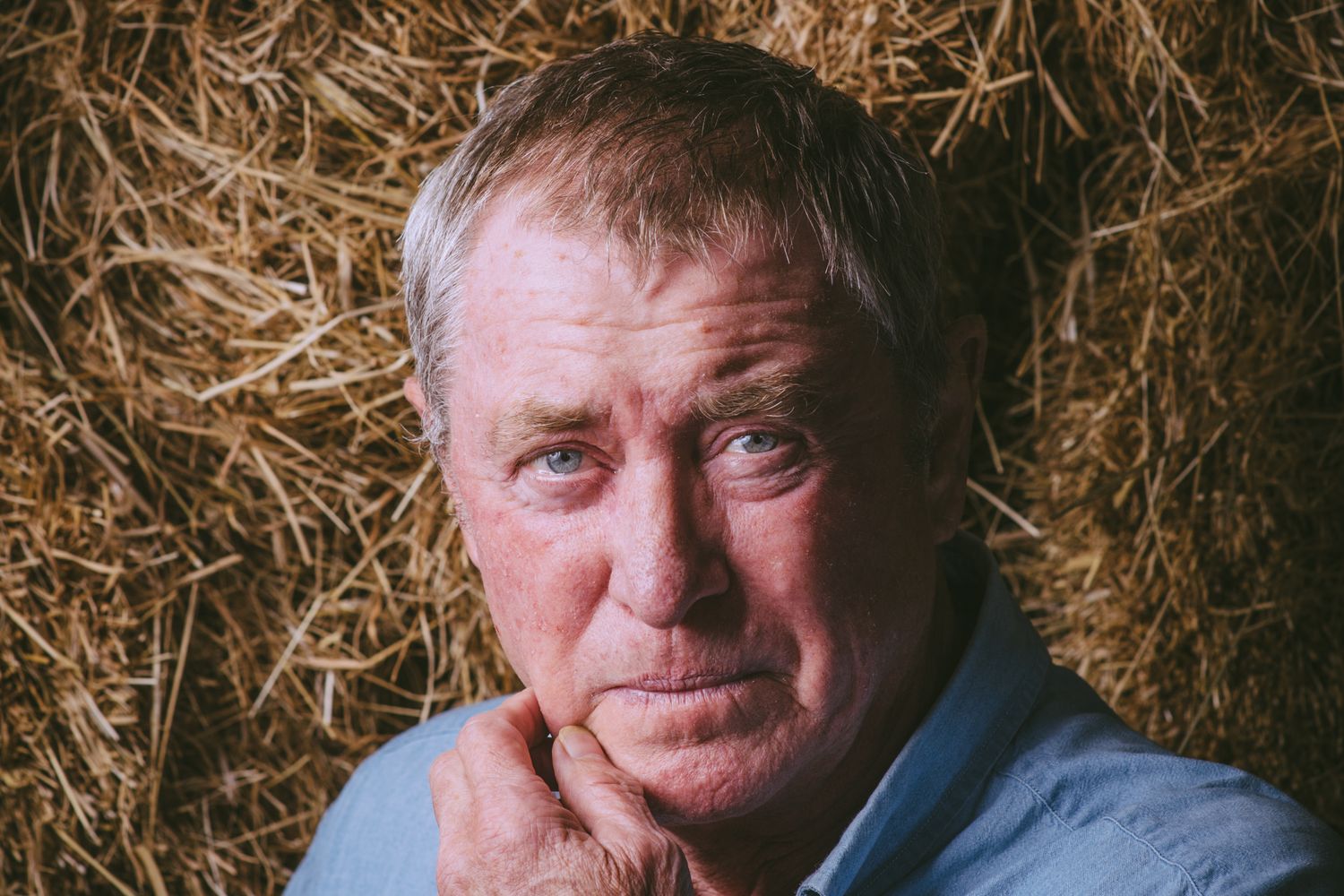 Actor and historian John Nettles believes that the Occupation diaries of the Rev. Douglas Ord are ‘gold dust to the historian’.These amazing diaries, edited by John Nettles, will be published later this year by Blue Ormer Publishing and John will be talking about them at Beau Sejour on 4 November as a special Guernsey Literary Festival event, sponsored by Investec.John Nettles, star of the popular TV series Bergerac and Midsomer Murders has long been fascinated by the history of the Channel Islands and in particular the German Occupation. He came across Ord's diaries while carrying out research for his three-hour documentary The Channel Islands at War and for his book Jewels and Jackboots.He found the diaries so impressive that he was determined to get them published to coincide with the 80th anniversary of the arrival of the Germans on 30th June. The arrival of another enemy, Covid, led to the publication date being put back to this winter.'The Ord diaries are quoted in all important works on the Occupation and given the insightful nature of his remarks I went to read the whole work at the splendid Priaulx Library where the original typescripts are kept -- and what a wonderful experience that turned out to be!’ says John Nettles.

‘It has to be a seminal work on the Occupation for it becomes clear after even a few pages that the Reverend had a rare and complete understanding of what was happening and what was at stake for the beleaguered Islanders.’

‘He knew that the Barbarians were not just at the gates, they were through them and marching along the streets of St Peter Port.’

Douglas Ord, who had been a prisoner of war of the Germans in the First World War, became a Methodist Minister after that war and came to Guernsey with his wife Hilda in 1937 to be based at Ebenezer Methodist in Brock Road.

He quickly established himself as a highly respected and much liked spiritual leader, wise and with a great sense of humour. He lived in the manse, Shelton, at the Rohais and it was here that he wrote his wartime diary.

He wrestled with the great anger he felt against the German invaders and tried to deal with them in a truly Christian manner, though at times he found it difficult. He held services in English and in German to cater to the spiritual needs of the Germans and became great friends with a couple of disaffected German officers.

He declared, 'We feel from time to time our hearts beat slower and slower not because we doubt the ultimate outcome but because we can only stand and wait without chance of serving. And all the time a dog that may turn savage at any moment is roaming loose amongst us.'

The danger of the islanders’ position was not recognised by Whitehall, says John Nettles. ‘The islanders felt deserted. The diaries tell in often painful, sometimes comic detail, the story of the so beleaguered Islanders’ attempts to deal with this ever-present, and often existential, threat.’

‘They are beautifully written, gold dust to the historian, and an enthralling, not to say moving, read for anyone and everyone wanting to know exactly what went on in the island during those never-ending years of Occupation. If you know Ord, you will know the Occupation, ' says John Nettles.

His talk on the Ord Diaries is being held at Beau Sejour Theatre on 4 November at 7.30 pm. Tickets, priced £10 and £5, are available from the Guernsey Literary Festival website, guernseyliteraryfestival.com. John will also be doing a separate talk to 6th formers on the Ord Diaries. Both events are kindly sponsored by Investec Bank (Channel Islands) Limited.

Kay Parnwell of Investec said, ‘The Literary Festival has become a key event in Guernsey, and we are delighted to be able to bring John Nettles to the Island to take part this year. It is important that we remember the Occupation of the Channel Islands from so many perspectives; none more so than in the eyes of those who were here. John Nettles is an excellent raconteur, and I am sure his talks will be engaging, educational and enlightening.’

Douglas Ord’s Guernsey Occupation Diaries 1940-1945, edited and with a foreward by John Nettles and published by Blue Ormer, is available for pre-order at www.blueormer.co.uk,  and there is a book-specific website, www.theord.gg with a short video. Copies of the book will also be on sale at the talk on 4 November and in bookshops afterwards.